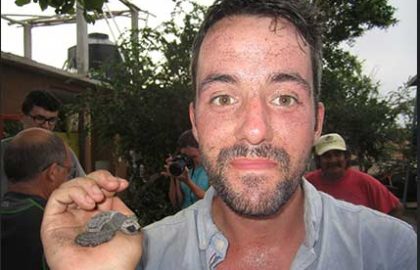 I was the youngest of three in my family. I come from an area of Dublin that/which would be classed as social economically disadvantaged. Disadvantaged means that there is a higher case of anti social behaviour and lower employment rates. This area did not see and still does not see many people go on to Higher Education. I have two sisters, one of them did not complete their Leaving Cert while the other didn’t do half as well as she could have. It was because they failed their Leaving Cert that gave me the drive to pass it. Even if I passed the Leaving Cert, I didn’t know where I was going to go.

I filled out the CAO based on the open day and the fact that on the day of the open day the campus that I chose to be my number one on the CAO, was covered in snow. My original plan was to go to a Further Education College and move on to a job from there. The day I received my results , I opened the envelope and saw that I passed (I damn passed the leaving).

When I got home from collecting the results thing began to unravel. I barely passed my Leaving Cert. I passed by the skin of my teeth. A few hours later I got a call from the Access Office in Maynooth. Even with the points that I received, they offered me a place in University. They believed in me, they believed that with the right form of support I could excel in University.

The Access Office was not the only support I have received to get me to where I am now. Mrs Whelan, the chaplain in the school that I went to was a great support to me. She noticed that secondary school and the way that it was taught was not for me. I could not learn that way that it was expected of me to get the grades I needed to get higher points in my Leaving Cert. Mrs Whelan gave me the opportunity to learn from experience. I went on class trips, was involved in community projects and I developed my confidence and my voice.

The weeks leading up to the start of my College journey, I felt like I shouldn’t go. Why would I? ‘I was going to fail either way’.

Higher Education wasn’t easy. Higher Education isn’t free (even if I wish it was), I worked two jobs during the semester. I just about passed my first year, with a lot of help from my friends and support from the Access Office, I just about scraped by. Over the next few years I felt more comfortable. I was able to express myself far better and my grades got higher.

College was amazing. My old English teacher told me that College was all about ‘drink and dancing’. This maybe partly true, but there was far more then that. I made friends that I will have for life, I learned how to express my opinion and be listened to and I was finding my passion for change, positive change.

Since finishing College, I worked with people that have a similar passion to me. They and I want to make sure that people are given the right information so they are able to make the decisions that they want in their lives.